I’ll be honest, it has been my goal to remain completely blog-free throughout my 2012 summer sabbatical. But last week my friend Gregg Farrell (pastor of Crossland Community Church in Bowling Green Kentucky) called me after he picked up Ed Stetzer’s new book entitled Subversive Kingdom on a family camping trip. After flipping through the book, he discovered one of Kinetic’s stories embedded within it’s pages. That’s when I knew I just had to post. I’m like a proud father with a wallet full of photos.

Anyway, below is that section of Ed’s latest book highlighting one of Kinetic’s stories: (Thanks for the shout-out Ed!)

“A couple of years ago, a new church in Concord, North Carolina expereienced the great fear of every Christian fellowship who’s meeting in portable, set-up facilities: someone stole their trailer. This is a big deal if you are a portable church. I’m planting such a church right now, so I can definitely relate. We pull our own trailer up to the theater every Sunday where we are meeting. Without it, we’d have no nursery, no lyrics, no speakers, and a lot of other necessary stuff.

Yet in the blink of an overnight burglary, nearly everything they owned – their Bibles, their nursery stuff, their Communion trays, their speakers, their hospitality items, their weekly needs – all of it was gone. Big problem. Expensive to replace and really hard for them to do without. But rather than hunting down the perpetrator and pressing charges, the leaders of Kinetic Church decided they’d do something else: try reaching out the alleged thief…and forgive him.

They were first able to receive free donated space on five billboards around town, speaking directly to the thief and telling him their intentions. The resulting buzz even got local TV coverage and a chance to tell their story to a broader audience. The pastor, Dave Milam, then recorded a YouTube video (http://www.youtube.com/watch?v=eL-LU0pxBhU), telling the man where he could find a disposable cell phone with which to call them, hoping to set up a meeting time and place so that just these two – the theif and the pastor – could sit down privately somewhere, share a meal, and talk about what Christ’s love and mercy is all about with no judgement or consequences whatsoever.

No surprise, I guess, there’s not a storybook ending to this cool little story. No meeting. No confession. No grand finale. (Not yet anyway.) But tell me if generating online feedback and comments like these don’t leave their own little kingdom story to tell.

• “What a beautiful demonstration of God’s forgiveness! So inspiring!”

• “I’m not religious, but even I want to go to that church.”

• “I was amazed when I found this video on YouTube because when I took the picture of this [billboard] today I was going to use it as an example of the hatred and animosity of Christianity. Boy did I feel judgmental when I saw this. I hope you get your stuff back, man. Your message is beautiful, and I respect your dignity during a difficult time.”

• “Can you imagine how many souls could be saved if we all were THAT forgiving and loving and accepting of people who hurt us?! Amazing.”

• “Thank you for so publicly demonstrating what God’s unconditional love and forgiveness is like to a world who desperately needs it daily.”

That’s some serious gospel subversion going on. And while a lot of people miss the point of it, make light of it, or try to see something sneaky or maipulative in it, the fact remains that God’s unrivaled rule and regn will find time in the spotlight when hi people take the deliberate initiative to do more than what’s expected of them.

7 Questions to ask before you speak 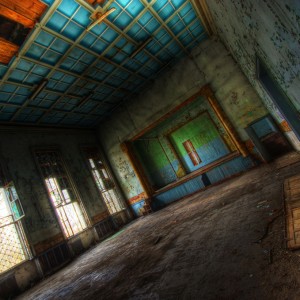 7 Questions to ask before you speak

I'm a student of the art of communication. I study the craft constantly. A couple of weeks ago I ran across a message...