Over the past year, my children have been the cause of countless splitting headaches during blood thirsty bouts of SlugBug. Joining the ear piecing cries of pain from the backseat is the sound of crescendoing debate about the official Punch Buggy rules. I’ve had enough.

In order to reduce the backseat decible level, I have decided to document an official set of Punch Buggy rules and regulations. Plus, posting these rules online automatically makes them official (because everything online is true).

The following are the only are acceptable forms of “Punch Buggy:”

VINTAGE BEETLE – This old school car is typically driven by people who love to push cars when they don’t work. (as pictured below) 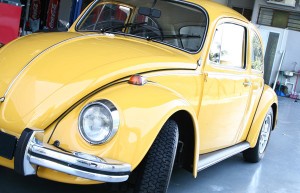 NEW BEETLE – This is the most popular Beetle on the road today and the most likely cause of large, colorful bruises. (see image below)

CONVERTIBLE BEETLE – Both vintage and new body styles accepted. It’s kind of like a Beetle Mullet. 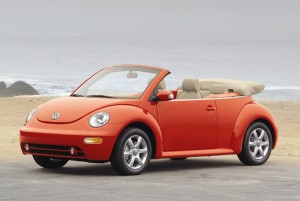 PIMPED OUT BEETLE – Also acceptable, but only if it is still identifiable as a beetle. Sweet mods might include glow-lights, tramp stamp and luggage rack. (see image below) 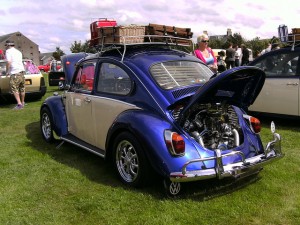 PLEASE NOTE: Even though some overpaid marketing consultant might believe otherwise, all Volkswagens are NOT punch buggies and should not be accepted as such.  If you’re going to begin including all volkswagen models in your game of SlugBug, you might as well play TickleMe Toyota. At least there’d be less crying.

Whenever a Punch Buggy is spotted, simply say “Punch Buggy” or “SlugBug” aloud while simultaneously belting the nearest opponent on the arm. For added fun, add the color of the car. Each Punch Buggy is worth one point. It is unnecessary to say “no punch-back” as punch-backs are for sissies.

All punch buggies must receive the confirmation of at least one eye-witness.

If a Punch Buggy is falsely identified, one point will be deducted. If that discovery is made post-slug, every player will retaliate by thumping the arm the one who falsely cried “Punch Buggy.”

Punches expire 10 seconds after a Punch Buggy is called; punches cannot be banked.

Gameplay lasts only as long as the driver can take it.

Please let me know if I miss anything!

No punching the driver, for safety’s sake

Everyone in the vehicle is fair game ??or the driver can’t call punch ? buggies, I mean come on fair is fair!!! ? 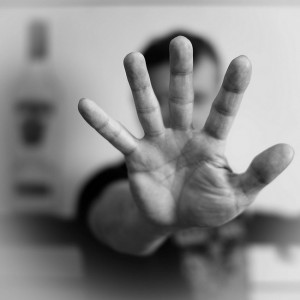 About a month ago, I was going through some boxes in my garage and found my journal from the first year at Kinetic. It had been...

February 17, 2011
Copyright 2018 Dave Milam | Powered by Eggroll Studio | All Right Reserved.
Back to top
%d bloggers like this: