I’ve always known that God uses apparent obstacles as a platforms for birthing something new. Yet, for some reason, I’m constantly amazed every time He does it, especially when I’m involved.

About two years ago, the leadership of a large sister-church in our area made the decision to rebrand. They had chosen a name that had a strangely similar, sound-alike quality to the name “Kinetic” but had not moved forward with rebranding. In fact, the names sounded so similar that I felt moved to oppose their new name – sighting our federal trademark and the likelihood of confusion.

Over the next two years conversations evaporated, so it appeared the conflict had resolved itself. Then I received news this spring that, our sister-church had ignored our past and recent objections, and instead moved forward with their new sound-alike name in spite of our requests.

About four weeks ago, I met with my coach, Carl George, and lamented my woeful story of hurt, anger and bitterness over the sound-alike name conflict. Carl has been studying church growth longer than I’ve been alive and has served as my consultant, friend and spiritual Yoda for the past seven months. And as difficult as it may be sometimes, he always tells me the hard and painful truth.

This became one of those moments.

So I finished my blubbering story, then Carl paused dramatically and said, “You should change the name of your church.” (I hadn’t expected this Jedi move)

“No!” I replied as I stared at a brand new Kinetic Coffee Mug and the just out Kinetic Worship CD, “We’ve invested too much in the Kinetic Church brand. We can’t just walk away.”

I sat in a daze as I heard how the name “Kinetic Church” might work with a younger, edgy, urban professional church in Charlotte. But for Cabarrus County…our name (or any name like ours) might struggle to gain traction.

In the words of Carl, “Dave, I know that Kinetic is your baby and you love your baby…but your baby is ugly and has warts.”

I left lunch with Carl numbly agreeing to present this hair-brained name-change idea to our leadership the next day. I was confident that they would see it my way.

I presented the scenario to our elders, fully expecting to be kicked in the shin for even suggesting the idea. Instead, they unanimously responded, in agreement with Carl. Searching for one last Hail-Mary chance to save my beloved name, I asked the elders to solicit their wive’s opinion. Unanimously, they also agreed.

So, after a short “cooling-off period” for prayer, the official decision was made to change our church’s name with 100% leadership consensus; I even eventually came around.

Six days latter, I told our members at a church-wide meeting about our dream to change names and the plan was met with excitement and complete unity. (That kinda support rarely happens in the church world!)

The final confirmation came through a spirited older lady who been attending our church for several weeks. We affectionately call her “Mimi.”

On the Sunday morning, following the big name change announcement to the rest of the church, I was shaking hands as people left when I saw Mimi. I could tell by her watery eyes that she was obviously moved by the service.

Without hesitation she said, “You have no idea what just happened.”

She answered, “The first day I came to this church, I had a deep sense that ‘Kinetic’ was not the right name for this place. Ever since that day, I have been conflicted by the name. Yesterday, for some reason, I felt burdened and begin praying for this church and the name again. I couldn’t get it out of my mind.”

She continued, “Then, this morning, when I was about a mile away from the church I prayed , ‘God, I don’t know if I can keep coming to this church with that name. Somehow, You’re going to need to do something soon. I just can’t get past that name.‘ Then today…God answered my prayer when you announced the plan for a new name.”

I stood speechless as I became aware that God had been moving; that God had used an apparent obstacle as a platform for birthing something new in our church: a new name.

You may be wondering what our new name is…and so are we. Honestly, we don’t know, but we’re on the journey to discover the name God has chosen for us. If you’d like more details on how we plan to move forward, read my post entitled “How to Rename a Church.”

Finally, rebranding is expensive. We have taken an enormous step of faith to answer a call to rebrand over the summer. We know that God will provide, but are unsure how. Please pray for our church and her leadership.

How to Rename a Church

Since I met you and your family at NACC in Orlando, FL last year, I felt a strong connect with you and Kinetic Worship. I appreciate your transparency as you share your struggles and wisdom. I don’t know where this road will take us, but I do know that God is leading the way. Your strong passion for the Lord is contagious. I know that the name He chooses for Kinetic Church will come to light indeed. Please know that you and your church are in our prayers. Celebrate Recovery @ FCC Kissimmee has your back bro! May God’s will be done… Izzy

Man. God is downright irritating at times in the ways He works, huh?

Dave: you, Daniel, and the rest of your church will forever be at least somewhat associated in my noggin’ with the “Kinetic” brand. But I have a stronger cognitive connection that associates you guys with the model of servants who are willing to do, be, say, and go what, where, and how God requires. A name change doesn’t mean the end of your identity or effectiveness. (And I would suspect Mrs. wasn’t-always-but-now-is-Milam would agree.) Move forward in confidence and in the power of the Spirit, brother!

I had to chuckle upon reading your post. Some twenty years ago, I chaired a committee that merged two long standing, well known, inner city Minneapolis Lutheran congregations into a single entity. We sold the lesser of the two church buildings, combined everything into the larger, more prominently located one. As for a name, the committee kept coming back to weird (to me, anyway) combinations of the two congregations. This despite my efforts, that of the local Lutheran hierarchy, all the ‘research’ that showed what positives a new name could provide, and what harm keeping/combining old names could do. There was one other holdout with me for something completely new, but he quickly ‘caved in’.

Fast forward twenty years, the merged congregation is still chugging along with its no-longer-new and still (to me!) clunky, hyphenated name. 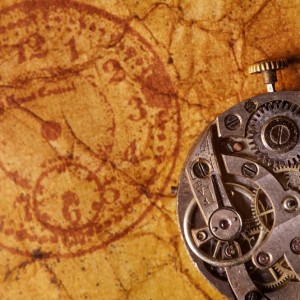 How to Rename a Church

Ever wonder how to rename a church? This post is a detailed look at Kinetic Church's rename strategy and creative process. Our...