Well, I guess the blogs still have not stopped about our trailer campaign to communicate with the people who stole our trailer and gear. Now, I know how worn out the folks of Kinetic are about hearing this, but unfortunately it’s not over.

Our site is still getting about 6,000 hits a day. And I’m getting a bunch of emails a day.  Here’s one of those emails (this one really encouraging):

I wish I could make this email anonymous, seeing as how my address uses both my first and last name, but I don’t think that’s possible here, so I’ll just go on, I really want to say something to you.

I read about what happened with your trailer on a blog that I read and immediately went to go and watch the video on Youtube that you posted for the person or people who stole your stuff.

-I don’t lie when I say that I cried.

I have been a minister’s son all my life, I’ve grown up in the church, all kinds of churches and have seen both the good…and the bad…that they are capable of.

The sad thing is is that the negative so often outweighs the positive. It’s all so blatantly evident in the church today. It sickens me to such an extent that I won’t give examples here, but it seems like the church is simply trying to chase people away. They’ve…we’ve…gotten so much wrong.

You’ve gotten it right. You’ve showed all of us what the Church is truly capable of, what Christians are capable of. I really want to thank you for that, you’ve given Non-Christians and Christians alike hope. You’ve given me hope.

Jesus’s message, above all things, was about Tolerance and Love. Not debate and condemnation and theology. It seems that the popular trend of the church today sides with the latter. It’s chasing people away. The message that your video gave, not only to the thief, but to everyone who views it, is one that reveals that no matter how dire the situation appears, there are still people and entire churches out there who are willing to actually put stock in the stuff they read in their book.

The Basics of Fasting - Spiritual Disciplines

I am in absolute agreement. Hang in there. What awaits you on the other side of this stuff is going to be well worth the journey to get there. Lord, deliver us from your people! I love you Dave.

I also read about the trailer incident on a website and saw the video. I just wanted to thank you guys for being to vocal about the forgiveness and the genuine love I saw in the pastor when he spoke. Keep on serving. Keep on loving. Keep on forgiving.

WOW! I knew about the theft of the trailers but, I didn’t know until about 5 minutes ago that this negat-ve is being turned into a posi+ive.

The billboards, the pictures and the blogs are awesome in a sense that of all the bad stuff that happens to us (EVERYONE)in the world really is allowed to happen.

When bad things happen God allows something GREATER to happen through these experiences and I hope that we all (EVERYONE) are able to see that.

In a few more words for the trailer theifs…we will continue to pray for you. May God be your shepard to the truth. 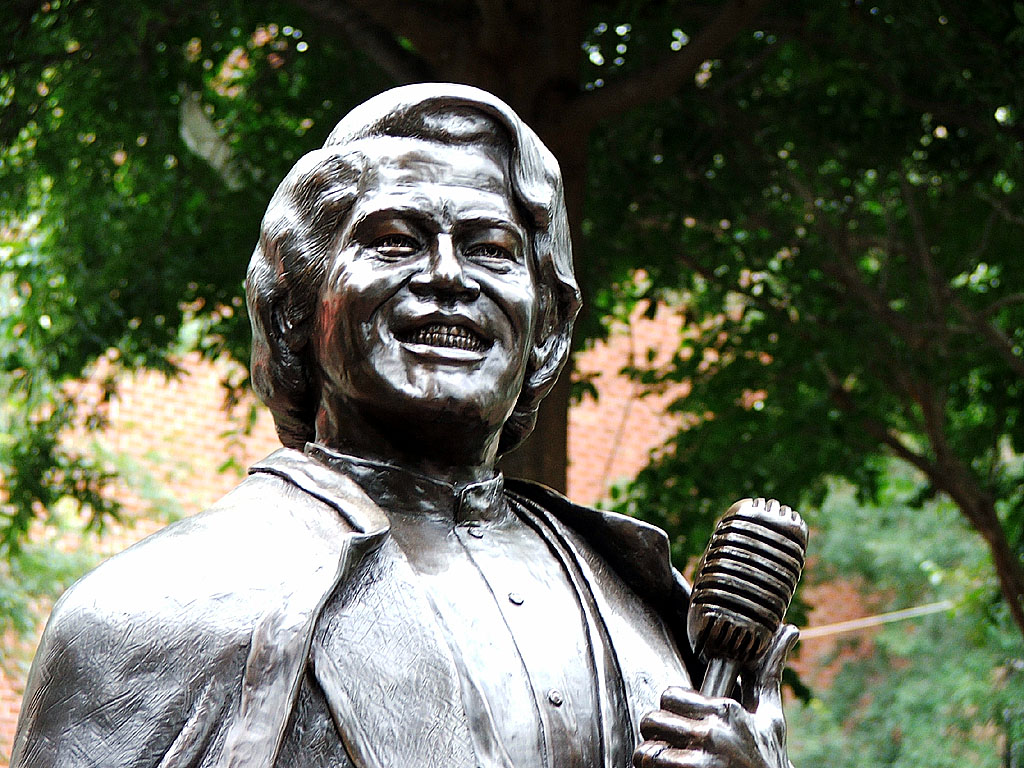 Give me your best caption for this James Brown Statue! (I think at first glace, this looks like a Pope statue) Best idea...