Embedded deep in the DNA of every boy is the God-given longing to see themselves as brave and dangerous. The Milam boys are no different.

This spring, my youngest had dreams of becoming a wild and adventuresome duck hunter. Hopes of getting his mits on one of those fearsome web-footed beauties became the holy grail of his boyhood. Hunting and gathering at its element.

In the jungles of kid-dom, my boys decided to go on a safari to outfox and capture the ferocious man-eating neighborhood duck and to protect our family from its menacing morning quack. Luckily, our backyard had become a cornucopia of ducks; it was a web-footed wonderland – ducks everywhere.

With sticks in hand, my older two boys understood the imaginary nature of this backyard adventure. They had no intension of beheading a baby mallard for the family feast, only a desire to see themselves as brave and dangerous. My youngest son, however, had no aspirations of faking it and, in the throws of his fierce imagination, was much more determined to sink his teeth into a tender slice of duck pie.

It wasn’t long before we discovered that my neighbors did not seem to appreciate my adventuresome young boys and their duck safari. Below is the facebook firestorm that lit up our neighborhood page after the great and infamous duck safari.

NOTE TO PETA: Absolutely no animals were harmed, wounded, beheaded or eaten in the Milam duck safari. They were merely chased around the neighborhood and poked with sticks.

NOTE TO HOA: I have changed the names and profile pics to protect the anonymity of those whose opinions are stated below. (as anonymity is always expected on facebook)

Excellent post! You definitely have a gift for writing. And just so you know, if your youngest ever turns up missing, he’ll be at our place since Kristen and I think he’s just the cutest thing ever! Love it when he comes over to visit when I drive up or am out working in the yard. The world needs more kids like him!! 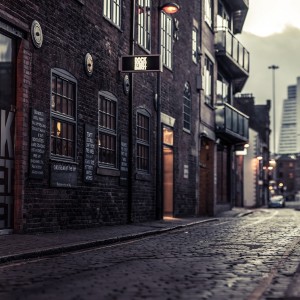 I'll be honest, it has been my goal to remain completely blog-free throughout my 2012 summer sabbatical. But last week my friend...

August 3, 2012
Copyright 2018 Dave Milam | Powered by Eggroll Studio | All Right Reserved.
Back to top
%d bloggers like this: