Bet you didn’t know this about Light

If you’re like me, you probably haven’t ever thought about light. It’s not until we lose power and lights dim that panic sets in. I’ve never been a fan of fumbling around in the dark.

This past Christmas, One Life Church combined forces with Fusion City Church for a Christmas Eve Eve Extravaganza.  In that service, we celebrated the coming of the Light of the World.

Due to popular demand, I’m posting a few of our videos from that night. Below is our “In the Light” video that was crafted to introduce the topic of light. In it, we share a few fun facts about light that I bet you didn’t know. On this one, I share the airwaves with Brian Duncan (the teaching pastor at Fusion City Church).

After the video, the Daniel Hodges and Jonah Bostian killed it with a Coldplay cover of “Sky Full of Stars.”

Long before Jesus arrived on the scene, the God’s people were given words of hope for a coming Messiah through the prophets. They dreamed about the light. Yet for over 400 years they waited in silence for God to make good on his promise.

This video underscores the tension of waiting in silence for God to move. It was filmed simply. No cuts and no dramatic music underscoring the narrative. Just a simple story of waiting.

After this video, there was a moment of dark silence before the band gently cut through with a cover of “Say Something” by A Great Big World.

This WorshipMob arrangement is similar to what our team performed.

Lisa Johnson Patrick you are so kind. I’m grateful to have had you apart of our story!

And Daniel Maher Hodges and Justin! 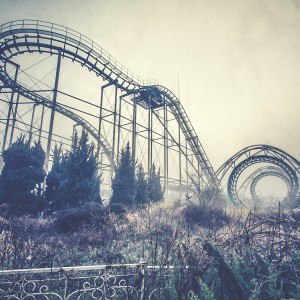 It's May - when excitement wanes. So recently, I've started thinking about an incredibly revealing phrase that I occasionally...